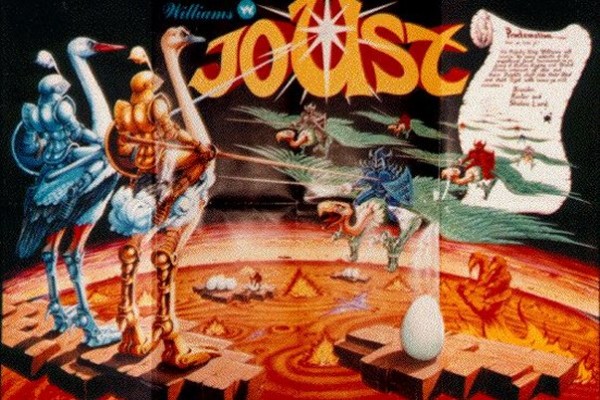 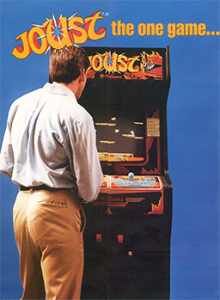 Prepare to JOUST, you KNAVE! Yeah, I called you a KNAVE!

Joust is an arcade game developed by Williams Electronics and released in 1982. It is a platform game that features two-dimensional (2D) graphics. The player uses a button and joystick to control a knight riding a flying ostrich. The object is to progress through levels by defeating groups of enemy knights riding buzzards.

The game was well received in arcades and by critics, who praised the gameplay. The gameplay mechanics influenced titles by other developers. Joust was followed by a sequel three years later, and was ported to numerous home and portable platforms.