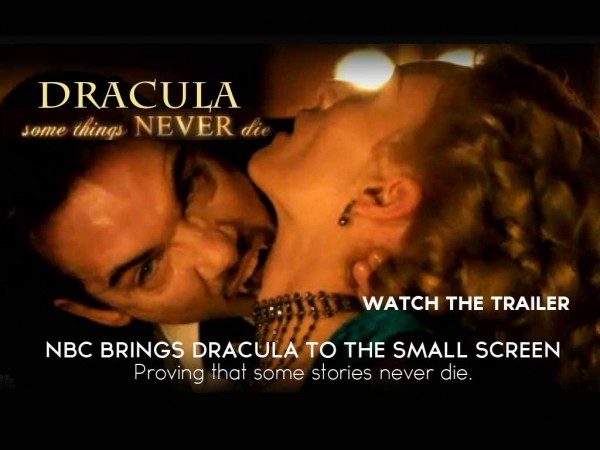 NBC brings Dracula to the small screen in a new television series. Jonathan Rhys Meyers will star the the twisted, sophisticated and sexy take on Bram Stoker’s classic novel, proving that some stories never die. The One-hour drama, will be brought to us from the producers of the critically acclaimed, Emmy Award-winning hit “Downton Abbey”. Coming fridays this fall.

It’s the late 19th century, and the mysterious Dracula has arrived in London, posing as an American entrepreneur who wants to bring modern science to Victorian society. He’s especially interested in the new technology of electricity, which promises to brighten the night – useful for someone who avoids the sun. But he has another reason for his travels: he hopes to take revenge on those who cursed him with immortality centuries earlier. Everything seems to be going according to plan… until he becomes infatuated with a woman who appears to be a reincarnation of his dead wife. – NBC

SPEAK OUT WITH YOUR GEEK OUT!
Source: NBC