SOPA…not the kind my dad makes either… 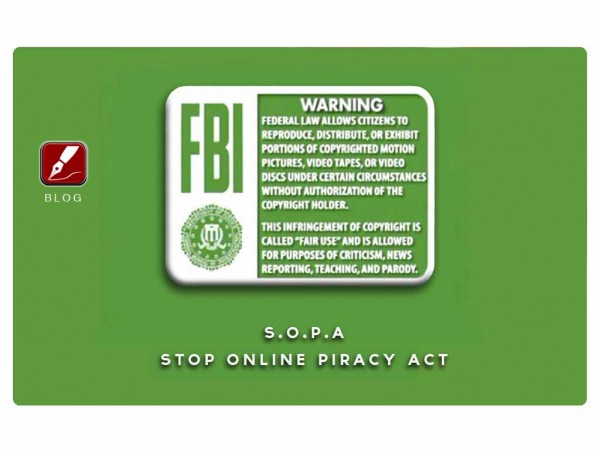 C’mon, we’ve had a good run…20 years of the “Wild West” on the internet and man what a ride! It was amazing to be able to just type in whatever you wanted and bam! At first a few days, then a few hours, then minutes…seconds…it was like magic! But alas, like all good things, it too must end.
Most of us hardly even notice them. A few of us try to skip them, but we can’t because of some sort of DVD stopper that prevents us from doing so…I wonder why…Some of “us” even put them on the front end of movies we’ve pirated as some sort of a joke, but those warnings at the beginning of movies that have been there since as long as I can remember. As far back as when I was watching Conan the Barbarian on laser disc in the early 80’s, I really do remember it clearly, A LARGE, BLUE, VERY Noticeable warning about copyright laws and the penalties associated with it. I remember asking my mom what it meant, cause it looked serious, and I knew that whatever it was saying not to do, I wanted to make sure I didn’t do it… Honestly, the majority of us are not affected, at least in our perception, by copyright infringement and piracy of the things we love as Americans…basically entertainment. It’s our Opera, our culture, it’s how the rest of the world knows and loves us. 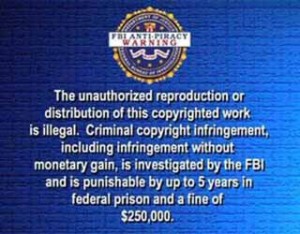 Other then our ticket prices rising, we have not seen piracy as a negative. We can get whatver we want on YouTube, or RapidShare. If we are going to be traveling, we need to stop by the laundry mat to see that guy with the big bag full of DVD’s. Which we complain about because the audio sucks, or its too dark, or some guy walks in front of the camera half way through it… some vendors even have an exchange policy for badly burnt movies, and a frequent buyer card… We don’t get what the big deal about piracy is…well that’s just it! Because of piracy we’ve seen first hand that ticket prices have gone up substantially! Why? Take it from someone who’s job was to research and track movies from the second they were pirated until the one file splintered off into 7 or 8 different versions across 20 countries(in most cases a movie would have at least 3-5 main sources and up to 60 differnet versions!) Now lets just say that one file was even half as bad as it actually is. Now these are numbers solely based on the amount of complete downloads, I was able to prove and across multiple titles across multiple major studios that a pirated movie is shared by as many people as actually pay to go see the film! Thats basically saying that a movie is loosing half its box office because of piracy! Why have ticket prices doubled? That’s the studios money. They see that kind of loss and they feel they must compensate to make up for the difference, and honestly can we blame them? Who among us has every downloaded a movie and then paid to go see that same movie in the theater? Didn’t think so…
Piracy is real and it is rampant and we have no one to blame but ourselves! We are all guilty of it! If the Feds raided your house today, how many pieces of pirated content would they find? Honestly? Movies? Music? Programs? Games? Each one is 1 count of copyright infringement punishable by 5 years and $250,000 per!!! Again, I am a Pirate! Those of you who’ve known me for years know the road I’ve come down! The tattoo on my arm is a testiment to my piraty roots, but I worked for the studios as well in coroporate legal ANTI-PIRACY, and saw first hand the real numbers and facts…but now that the party is over, we can whine if we want to but there is little we can do, it was fun! But creatives and studios have the right to protect their property the best they can within our borders, don’t like it…I here Canada has a 7 year waiting list…they have no copyright laws there…have at it, at least for now! 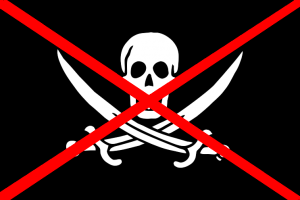 Pirate, Gamer, Writer, Photographer, Film Maker, Editor, you name it I like to do it, wanna do it, or tried it and I'll try it again! 420 advocate with a quick wit and a faster mouse click, ladies yes I'm lookin' at you...