SATRFM on VHS – The Blues Brothers 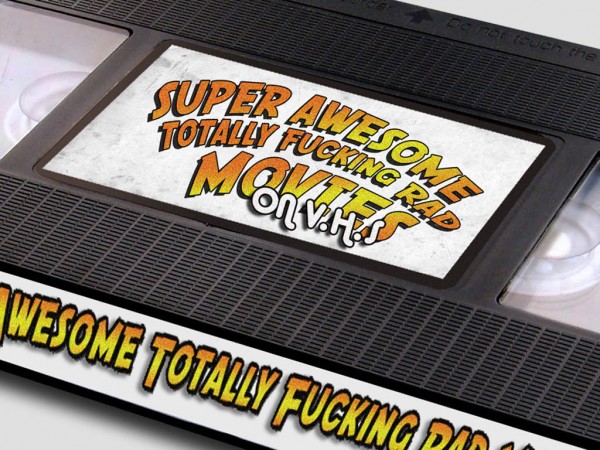 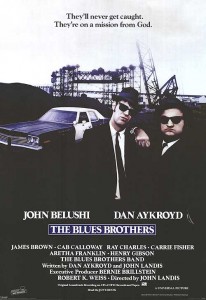 Written: John Landis
Directed: Dan Aykroyd, John Landis
Starring: John Belushi as Jake Blues, Dan Aykroyd as Elwood Blues
Carrie Fisher as the Mystery Woman, John Candy as Burton Mercer
Paul Reubens as Waiter, Kathleen Freeman The Penquin
Steve Lawrence as Maury Sline, Henry Gibson as Head Nazi
Twiggy as Hotel Woman, Mr. T as Guy on Street, Frank Oz
as Corrections Officer, John Landis as Trooper La Fong
and Steven Spielberg as Cook County Assessor’s Office Clerk
Musicians: James Brown as Rev Cleophus James , Cab Calloway as
Curtis , Ray Charles as Ray, Aretha Franklin as Mrs. Murphy,
Chaka Khan as Choir Soloist , Stephen Bishop as Charming Trooper,
Joe Walsh as Prisoner and John Lee Hooker as Street Slim
Storyline:
After the release of Jake Blues from prison, he and brother Elwood go to visit “The Penguin”, the last of the nuns who raised them in a boarding school. They learn the Archdiocese will stop supporting the school and will sell the place to the Education Authority. The only way to keep the place open is if the $5000 tax on the property is paid within 11 days. The Blues Brothers want to help, and decide to put their blues band back together and raise the the money by staging a big gig. As they set off on their “mission from God” they seem to make more enemies along the way. Will they manage to come up with the money in time?

Review:
There are a lot of things that make “The Blues Brothers”a S.A.T.F.R. movie I dont even know where to begin. Lets start with the cast: There is SO MUCH talent in this movie, the cast list is just ridiculous! There are a lot of cameos from Pee Wee Herman to Mr.T to Joe Walsh to Steven Spielberg.
The Musical talent is so stacked in this filch I’m surprised they didnt take this show on the road…it probably would have made more money than the box office did. The list of musicians on this movie reads like a “Who’s who” of Motown: James Brown, Ray Charles, Aretha Franklin, Chaka Khan…not to mention the one and only Cab Calloway singing “Minnie the Moocher”! Lets not for get that Dan Akroyd and John Belushi can really hold their own as the Blues Brothers as well singing songs like “Gimme some lovin'” and “Shake a tail feather”
The story is a little light but seeing a young Carrie Fisher weild a Rocket Launcher aimed at Jake and Elwood was king of cool.