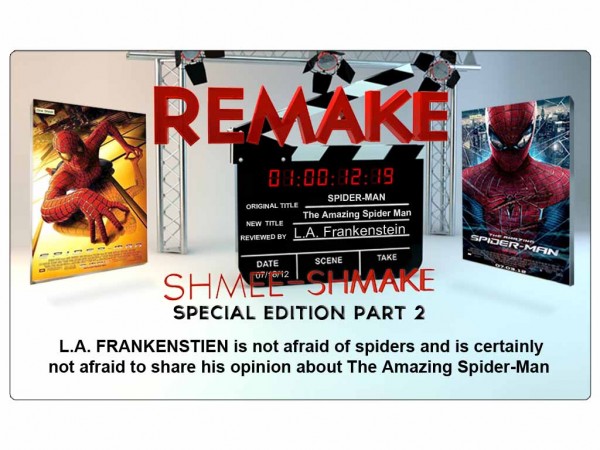 Clarification from LAFRANKENSTEIN:  I began this article a few weeks ago, before The Amazing Spider-man was released, and had planned to finish and post it a few days before the movie opened.  Obviously, that didn’t happen.  I saw the movie, wasn’t very happy with it, and thought, “meh, what’s the point now?”  Then I happened to mention to my editor that I (who depending on your perspective, may or may not be really behind in my workload for the site) have a half done Spidey article that’s headed for the trash bin.  Well, after a few hours in the Alien Cyborgs Re-education Dungeon…er sorry, I mean Help Center…I’m back and scribbling away!

So be aware, the first half of this is pre-viewing and the second half is after having seen the movie. 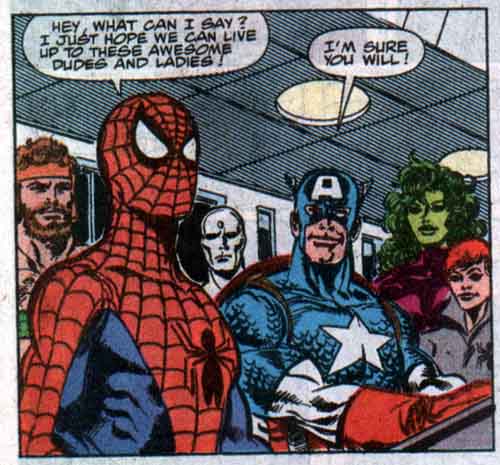 Now I’m back, having seen The Amazing Spider-Man, and I kinda wish I hadn’t.  If I was writing this the day I saw it, the rest of this article would be one long expletive-filled rant.  I know what you’re thinking, “with how you write, it’s gonna be that anyway”…smart ass.

A friend of mine who’s a HUGE Andrew Garfield fan recently asked me what I thought of the film.  I started to list off all these reasons that this new movie wasn’t as good as the Raimi trio, and more importantly all the ways that it strayed, nay, RAN SCREAMING away from the source material.  As I paused for a breath, she interrupted me.

“I don’t care about that stuff.” She said. 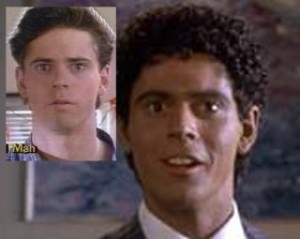 Spidey saved my boy, maybe I can help! I'll call in a favor and go black again…er, I mean cranes…yeah something with construction cranes…

“I don’t know what happened in the comics.  Why do I care if it’s the same or not?  How was Andrew Garfield?  Is C. Thomas Howell good in it?”

I was dumbfounded and enlightened at the same time.  I’ve got my head so far up Marvel’s ass that I can’t see the webbing for the spiders.  It’s impossible for me to watch it as just a movie.  In a way it’s the newest chapter of a fifty year old book of modern mythology, and being a major motion picture, most people will take it as canon.  That’s one of the main reasons that remakes bother me in the first place…People who are too young, or just can’t be bothered with the history, now think that this is what Spider-Man is all about.

That said, I’m going easy on the film from here on out…and to be honest, at this point, I’m just getting tired of bitching about it…seems like every third conversation I’ve had in the last two weeks has found its way to me listing problems with this movie.  Instead, I’m going to just list off what I feel are the worst offenses…

That’s right Cap, kick his ass to the curb…

The REAL Marvel movies (yes kiddies, this is still Sony…not Marvel Studios…and this movie only exists because they had to exploit the property or lose the movie rights, so if you’re under the impression that this is Marvel’s Spidey, and that “they’re finally getting it right”…well you’re mistaken) has gotten a lot of criticism for adding characters and subplots to their movies to shamelessly hint at the Avengers, but even IM2 wasn’t half as bad as this. 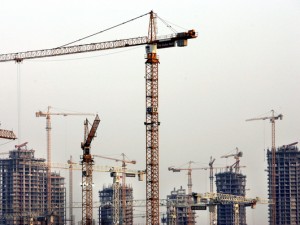 The Amazing Spider-man's Wet Dream! (blown up to look all 16bit)

My pick for ABSOLUTE WORST THING IN THE MOVIE?   The crane gag.

Even if you loved the movie, (and I have yet to meet anyone who did)  you’ve gotta admit this is piss poor film making.  I think this exact board was in like the Spidey game they had for Sega Genesis…you’ve got thirty seconds to swing from crane to crane and make it the whole way uptown to fight the Lizard before he sets off his reptile bomb…can you do it?

For us to suspend our disbelief and buy this sequence, we have to allow for the following “facts.” 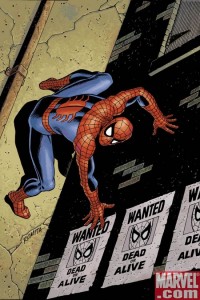 This movie has so many problems I could go on for a half dozen more pages, but I’m already running long here…So two last bits…solely because to my mind they go against the character of Spidey himself.

The filmmakers are doing a Spider-Man origin story and nobody EVER says “With great power, comes great responsibility.”  What.  The.  Fuck.  I mean it’s only one of the greatest things ever written in a comic book…and it also happens to sum up your hero’s motivation…I mean it’s the motherfucking four color equivalent of the New Testament’s “Do unto others as you’d have them do unto you.”  As it originally appeared in Amazing Fantasy #15:

“AND A LEAN SILENT FIGURE SLOWLY FADES INTO THE GATHERING DARKNESS, AWARE AT LAST THAT IN THIS WORLD, WITH GREAT POWER THERE MUST ALSO COME – – GREAT RESPONSIBILITY!”

And lastly, how is it that Spidey needs the half-changed Lizard to pull him up to the rooftop at the end?  Did somebody forget he can STICK TO GODDAMN WALLS?

p.s. – if anyone thinks I’m just hating or being too harsh, drop a comment below…if this post gets enough, I’ll go back, watch the movie again, and if I still hate it, write a few more pages on other reasons it sucked…or possibly a page or two on how it’s been redeemed.

Disclaimer: The views and opinions expressed in these articles, blogs and podcasts are those of the individual authors and pod casters.They do not necessarily reflect the policy or position of AlienCyborgs.com, their hosting company or any other of their affiliates. These blogs are intended as entertainment and opinion pieces only. These blogs may contain strong language, sex and control substance use, these blogs are meant for a mature audience only.

All Images, Characters, Logos and I.P are property of the prospective owners and appear courtesy of the owners and are not owned by us, Alien Cyborgs does not own any of the rights.