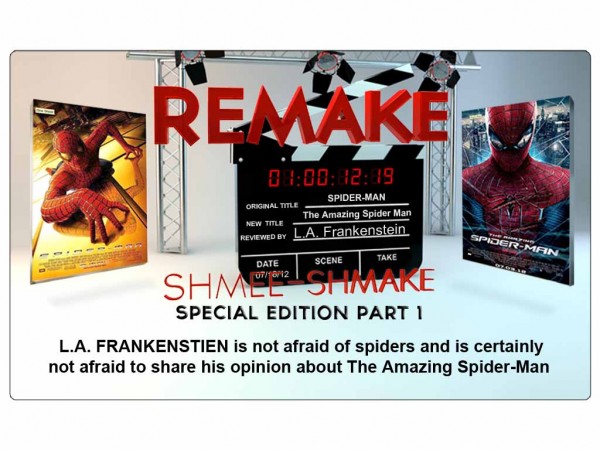 Clarification from LAFRANKENSTEIN:  I began this article a few weeks ago, before The Amazing Spider-man was released, and had planned to finish and post it a few days before the movie opened.  Obviously, that didn’t happen.  I saw the movie, wasn’t very happy with it, and thought, “meh, what’s the point now?”  Then I happened to mention to my editor that I (who depending on your perspective, may or may not be really behind in my workload for the site) have a half done Spidey article that’s headed for the trash bin.  Well, after a few hours in the Alien Cyborgs Re-education Dungeon…er sorry, I mean Help Center…I’m back and scribbling away!

So be aware, the first half of this is pre-viewing and the second half is after having seen the movie.

In this very special episode of Remake Shmee Shmake, Tom Hanks gets violent as Alex’s alcoholic uncle, Arnold and his friend get molested by the local bike shop owner, and I try to stop referencing 80’s sitcoms long enough to point out all the many reasons why The Amazing Spider-Man is amazingly unnecessary.

Typically my Shmee Shmake columns are about praising the greatness of the past and sharing my love of the original films instead of bashing a film I’ve not seen, or watching it and dissecting how it doesn’t measure up to its namesake.  I prefer to have a positive spin like that…and believe me, I could write PAGES and PAGES explaining why the Fright Night remake was a fly covered puddle of werewolf shit, but that won’t make you, my humble reader (or can I pluralize that yet? Can I get a head count?) Interested in old movies, so I digress.  Everybody else on the internet is already tearing up new releases, so I’ll stick to pushing the coolness of the old stuff, and hopefully here and there I’ll get some of you to join my Old Movies Rock bandwagon.

…that is, after I bash on Spidey a bit. 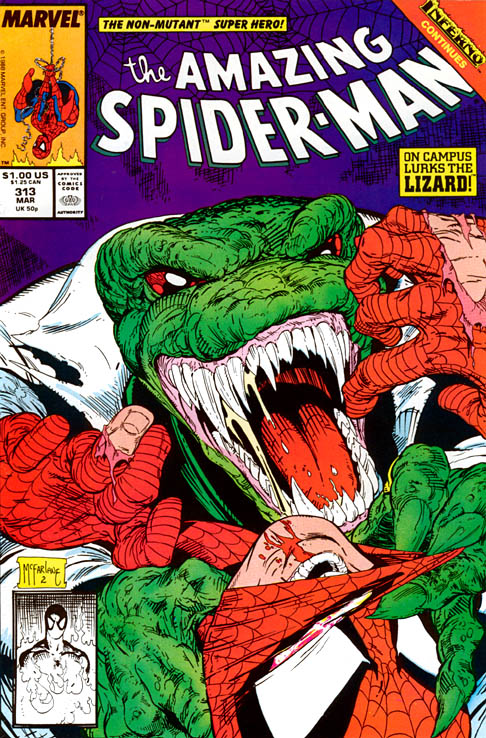 A typical Shmee Shmake column about Spidey would be pretty lame…I mean what am I gonna tell you that you don’t already know?  It’s not like Titans or Psycho where I’m extolling the virtues of decades old, sometimes obscure, films you may not have seen.  Sam Raimi’s Spider-Man trilogy is pretty well saturated in contemporary pop culture…even if you haven’t seen them, you know they exist, and were all big hits and generally well regarded.  The word “generally” is in that last sentence because of a character named Venom, and Venom is in this sentence because of a man named Avi Arad…but we’ll get to him later. 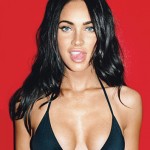 Can I play Felicia Hardy if I stop calling people Nazis?

Hollywood’s actually a very small town, or more correctly, it’s a very incestual industry.  Everybody ends up knowing or working with or meeting at a fundraiser or taking their kids to the same pre-school or having the same agent as everybody else.  As such, it’s bad business to bad-mouth people in the media…just look at where it got Megan Fox.  So somebody like Sam Raimi is never going to say to a reporter “Avi and Sony fucked up Spidey 3 by forcing me to put in Venom at the last minute, causing massive script issues, pre-prod fx problems, and the general disillusionment that comes with having someone bully and corrupt your art.”

Hence, if you’re wondering why all the Venom stuff sucked, well just imagine you’re making the movie.  You’ve got everything in place (over a year’s worth of work) and you’re getting ready to go with your story…an action packed little ditty where Sandman and The Vulture, (to be played by Ben “Sexy Beast” Kingsley) having been cell mates in prison, team up to destroy Spidey, when suddenly you get word from on high…”The fans demand it!  You absolutely MUST put a glob of space tar in your movie”  I’d be fucking pissed.  And, assuming I didn’t quit, I’m sure I wouldn’t be very interested in the space tar. 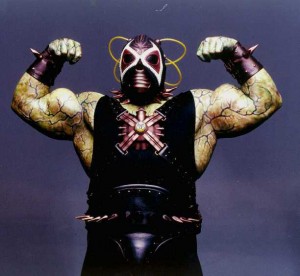 What sticks in my craw though is the “fans demand it” line, which is studio bullshit.  You know what the fans demand?  A GOOD FUCKING MOVIE!  I seem to remember a few years ago when a lot of people were saying things like “Seriously?  They’re doing a new Batman, but the villains are Scarecrow and Razzy what’s his name?”  Or more recently, “Kevin Bacon?  Are you kidding me?  Sebastian who?  I know Emma Frost, but who’re the other flunkies?”    Surprise!  Both of those films were well made, and the box office and critical reception showed the filmmakers didn’t need to rely on the Riddler or Mr. Sinister to wow the audience.  And the other side of the argument…Kingpin, Dr. Doom, Galactus, Mr. Freeze, Poison Ivy, Bane…none of them saved their respective movies, and they’re A-List baddies!

If you’re not sure what I’m talking about, some of it is discussed on the Spider-Man 3 commentary track, and here’s a few links about what would have been Spidey 4:  (most notably, the whole Raimi saying he’ll be in control this time really didn’t sit well with the stuido)

"You see, everyone from around de world can identify with the struggle of de Bratz. We really went back to de source material this time. It's what de fans want!"

Avi is like a modern P.T.Barnum, he’s a salesman/cheerleader/carny barker.  You never get anything but spin out of a guy like him, and the thing is, it wears out its welcome pretty quickly.  A Ghost Rider here, a Punisher there, and pretty soon nobody believes a word you’re saying because it’s all the same…you can’t over-praise every film the same way and not expect people to catch on to your bull.  Avi’s still knocking around here and there, producing the Bratz movie, collecting money from his obligatory exec producer credit for the new Spider-Man movie and telling anybody who’ll listen how great it is.

As fanboys, we can all be thankful for the coming of Kevin Fiege…the current president of Marvel Studios and the man most responsible for the state of Marvel cinema.  I love me some Spidey, but if it’s a choice between quick reboots and a proposed Venom spinoff (who really wants that?) or the action packed awe that is the Avengers continuity…well, sorry webhead.

“Will you quit rambling and get to it already?  Why won’t Spider-Man be Amazing?”

Honest answer, I can’t say for sure it won’t.  I haven’t seen it.  I can say that it will be less faithful to the comic book.  The trailers seem to be designed to show off how they’ve righted the three wrongs from the Raimi original.  If you’re not a big Spider-fan (get it…hee hee) there are basically three points of canonical contention that Raimi got wrong. 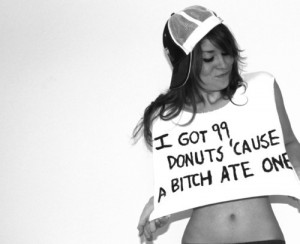 I was going to use this space to post one pic where she looks hot, and one where she's being funny…then I saw this shot…

I’ve got nothing against Marc Webb.  I kind of liked 500 Days of Summer.  I’m not a big fan of what has come to be known as “mumblecore” but that flick was pretty well made.  I’m hoping that hiring somebody like him was to give the movie a “character piece with tights” feel that just may work for Spidey.  We’ll see.

Plus, I like Andrew Garfield and I’m really a fan of Emma Stone…she’s like Ana Faris…looks of an ingénue, comedy chops of a much older character actor.

Editors Note: Keep your eyes peeled for the second part of L.A. Frankenstein’s appropriately named : REMAKE SHMEE-SHMAKE – SPECIAL EDITION: THE AMAZING SPIDER-MAN Part2! “What do want for nothing?”

Disclaimer: The views and opinions expressed in these articles, blogs and podcasts are those of the individual authors and podcasters.They do not necessarily reflect the policy or position of AlienCyborgs.com, their hosting company or any other of their affiliates. These blogs are intended as entertainment and opinion pieces only. These blogs may contain strong language, sex and control substance use, these blogs are meant for a mature audience only.

All Images, Characters, Logos and I.P are property of Marvel Comics Studios. They are not owned by AlienCyborgs.