“Ni No Kuni:Wrath of the White Witch” Video Game Review 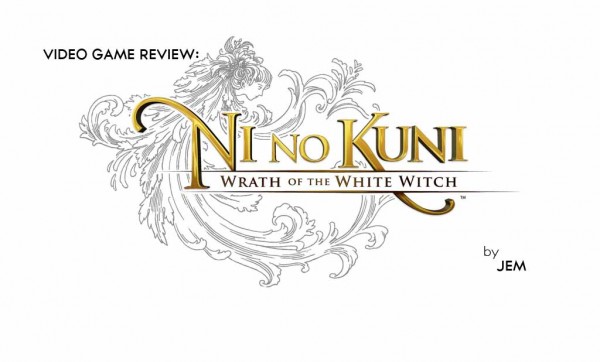 “Ni No Kuni: Wrath of the White Witch” Video Game Review by Jem

I like to think of myself of a bit of a RPG connoisseur so when I heard that Studio Ghibli makers of some of the most beautifully animated films like Spirited Away and the Oscar nominated Princess Monoke were working on a new RPG for the PS3 I was super ecstatic!

via Gamespot
Synopsis:
The game is your basic boy leaves one world to explore another world, but with a cool twist. Everything that happens in one world affects the other. Oliver is the hero of the game, and he is accompanied by his stuffed toy-turned back into a fairy sidekick, Mr. Drippy. They eventually meet other companions on their journey as well. So here is my little breakdown of the game as a whole… STORY:
Oliver is trying to help his mother and the only way to do so is to defeat the evil Shedar in a world parallel to his own. Every person in one world has a doppelganger in the other and what effects one, certainly effects the other. The evil Shedar has a hand in both worlds and hurts loads of characters on both sides. Setting out on your journey, you get the chance to have monsters that you have defeated join you to fight in battle and become pesonal “familiars”. Your familiars fight along side you and level up to eventually evovle into stronger familiars.

The boss battles are a doozy. If you haven’t been leveling up your party, you’ll be creamed for sure. So like every other RPG, grinding for levels is a must. The on screen monsters charge at your party every chance they get. They sense when your party finally gets too strong and run away from you a some point. When you come across new towns from time to time, people (and sometimes animals) will set out tasks for you to complete that come with some pretty sweet incentives like gold, treats for your familiars, or weapons & armor. Down the line you will find a genie in a lamp that will lets you alchemize different items you’ve found on your journey and turn them into new items.

GRAPHICS:
The game is just gorgeous. Everything from Oliver’s home town of Motorcity, to the vast desert, all looks like you are actually playing a Studio Ghibli movie. The seamless cutscenes to gameplay are fantastic and the many cutscenes that do happen are beautiful in every way. There were times that I just sat in awe and looked at all the things that were happening in the towns at once. 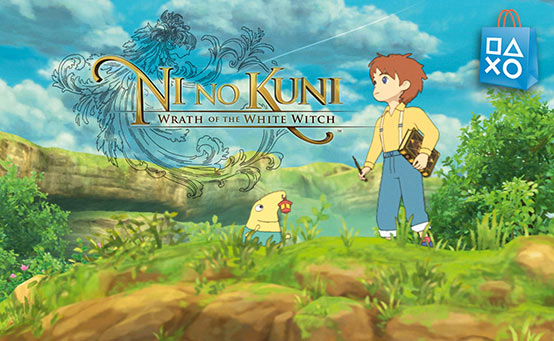 Too pretty to pass up

AUDIO:
Music in the game is from the Tokyo Philharmonic Orchestra. What more can you say? Phenomenal! The English voice acting is absolutely spot on and Mr. Drippy’s quips through out the game are really funny as well. The NPCs you enteract with in your party couldn’t have been better.

GAMEPLAY:
There is a slight learning curve that you have to get used to when you get your first companion. It can be a bit tricky to have the battles go your way if you don’t change your party’s tactics and your familiars need to have their moves set in the menu, not during battles. OVERALL:
I absolutely LOVED the game!! Some minor things did bug me (like at the top of the screen being a constant reminder of where to go next) but it in no way did it make my adventure any less awesome. So all in all, if you love Studio Ghibli films & RPGs, this game is a MUST HAVE!!!

Enjoy it everyone!! ~Jem