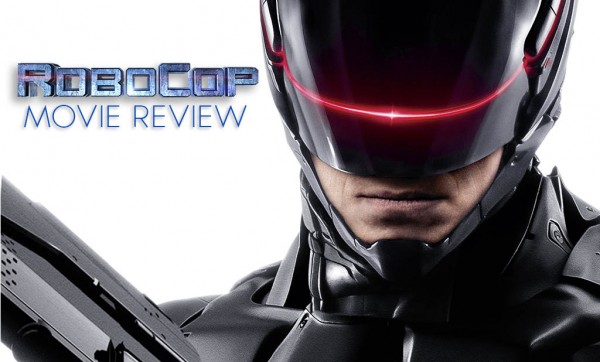 Movie Tagline: We’ve got the future under control

In the not so distant technologically advanced future, Detroit Detective Alex Murphy barely clings to life after a dirty gun buy that goes terribly wrong. Security/Robotics Prosthetics corporation OmniCorp sees an opportunity to further its advances by creating the perfect blend of man and machine…Robocop. The Murphy Cyborgs fights against it programming when it discovers it’s own unsolved crime and tries to solve the case. Robocop brings his murders to justice there by proving that man’s free will can not be squelched by implanted computer programming.

Review: Old cyborg, new skin, same story. Robocop may have been updated and brought into the not so distant future but at the core of this movie it’s not that different than the original. Director Jose Padiha has the unenviable job of heading up this project, he opted to try and make the story a bit more believable than Verhoeven’s campy ultra violence robo fest. The story about trans humans taking the place of armed police force seems like far fetched science fiction. Coincidentally, a recent article on the U.K. Newspaper website “The Telegraph” states that the U.S Army is considering replacing human troops with robots. That bit of news sounds like something out of a movie, is it life imitating art or the other way around. Padiha decision to replace the hokey commercials and news bits that Verhoeven had intermittently cut into the original movie, with slightly LESS hokey television bits made it a little easier to watch but not by much. The character of Pat Novack (Samuel L. Jackson) playing the socially aware uber right wing-nut added a comedic effect by breaking the fourth wall but in the end it was not much better than the original bits. Other than a commentary on imperialism these bit were far more sophisticated but not necessarily better. There is a huge appreciation for Padiha’s more direct and serious approach over Verheoven’s camp and violence but in the end that might have been the defining reasons that the original move was so loved.

There are a few things in this movie that need to be noted and nodded to, one of them being the cast and and the acting. The cast works well together but the shining stand out piece of the ensemble is Joel Kinnaman. Padhia’s direction and Kinnaman’s acting brings an interesting dimension to Alex Murphy, he is more cop than robo. There is a powerful scene, perhaps the most powerful scene in the movie that showcases Kinnaman’s talent and the humanity that he brings to the character. As expected Oldman’s performance was believable, unfortunately  Keaton does not bring enough force to his character to make him as believable as he should have been. Abbie Cornish who played Clara, Murphy’s wife gives the best performance of her career.

Last nod goes to the VFX, the effects were subtle and effective through out the whole movie. In the jarring scene where Dr. North show Murphy what is left of his body, the effect is simple but SO effective. The animation of the ED209s were done very well and the compositing was superb. LAST WORDS: Sony’s remake of Paul Verhoeven’s 1987 Ultra Violent Cult Classic Robocop is greeted by a luke warm reception coming in at #3 in it’s opening week. With the film having $100 million price tag to produce, the one week international tally of $100,283,687 does not bode well for this movie. FYI, I am not a fan of the original movie, I have watched this movie 3 times trying to find a good reason why this movie should have been remade and I can’t find one. I do however appreciate the more humanistic take on Alex Murphy that was portrayed by Kinnaman and can’t wait to see him in more roles. I  appreciate the new spin on the original but oddly enough I didn’t enjoy it as much as the original. perhaps the old adage holds true, “just because you could, doesn’t mean you should.”