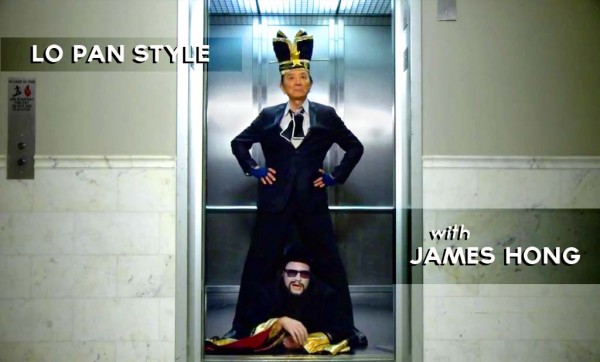 If the old adage is correct and “Imitation is the highest form of flattery” PSY should be very impressed , very impress indeed. Since it release on Youtube back on July 15, 2012, “Gundam Style” by PSY has spread faster than wildfire and is catchier than HPV. As of this morning the video has had 531,984,265 views… 531 MILLION VIEWS and sky rocketing! Even if you got a nickel for every view you would be making out like a bandit!

Without a doubt the song is catchy, its E.D.M at its best. It has a driving beat, no real lyrics to memorize, just a few catch phrases: “Oppa Gundam Style” and “Hey, Sexy Lady”.  It is accompanied by a music video has no real rhyme or reason but it does have lots of cutey asian girls and PSY acting hyped and dancing around  I can only assume, South Korea. Come to think of it , it sounds like most American Music Videos..well, except for the South Korean part.

WATCH MORE PARODIES BELOW
Usually, what happens when a something gets this wildly popular is people (who IMHO, lack a bit of creativity) will start to parody  the property to get a bit of “star shine” cast upon themselves. Ok, no harm no foul, everyone wants their 15 minutes of fame. I get it . This phenomenon is no exception, in the past months following its release “Gundam Style”has been parodied numerous times. One of our favorites is is the Dead Pool vs Gundam Style parody that made its way around about a month ago after the San Diego Comic Con 2012. I’ve seen a few but THIS ONE..”Lo Pan Style” really stood out. The production value, post production, clever topic and funny lyrics just work splendidly. Fiction Pictures and Sire’s Crown really did an amazing job and if none of that is enough to make you think that this is actually BETTER than the original song, how about this little fact: THEY ACTUALLY GET JAMES HONG TO BE IN THE DAMN VIDEO!!!

James Hong played “David Lo Pan” in John Carpenter’s “Big Trouble in Little China”, one of my favorite movies. Add to that some Pop Locking and the Pork Chop Express and the fact that John Carpenter presented this video at last weeks “Scream Fest” in Los Angeles…you got one hell of a music video!

The only  thing I want to know is…WTF IS GUNDAM STYLE?!

Godfather of Little China, king and a warrior
Entombed inside this crippled form, appearances can fool ya
Like nothing you can understand but let me try and school ya
David Lo Pan, Mr. Burton!

Thank you to  Melissa Marchesano Real for bringing this to our attention! SPEAK OUT WITH YOUR GEEK OUT!