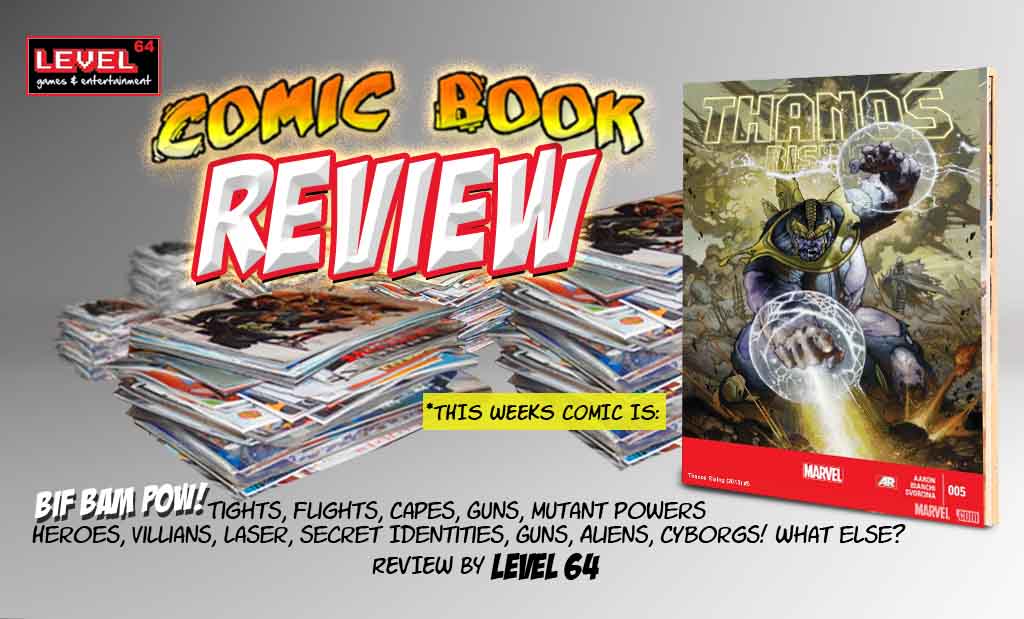 Synopsis: Issue 5 of 5 the conclusion of Thanos Rising is finally here after a delayed release. Thanos had announced he is going to destroy his home planet of Titan and he does just that. Thanos  kills everyone living soul on the planet except his father “Mentor“, who finally sees his son in his true form, a murderer.

The whole time Thanos is talking to his beloved lady Death, who takes the form of a woman that only Thanos can see. Mentor  informs Thanos and tells him that Death isn’t real and that Thanos has only ever loved himself. Thanos refuses to believe his father after Death tell Thanos that she loves him very much and that his father is a fool.

Mentor reasons with Thanos insisting that Death is not real by reasoning that science can disprove Death’s exsistance. Unhappy, Thanos causes harm to Mentor and tells him his punishment will be to watch his son destroy all of the cosmos.

Ultimately, Thanos acknowledges that his father was right about Death and doubts that she exists. The issue ends by showing Titan, Thanos’ home world destroyed…leaving Thanos alone once again. ~LEVEL64