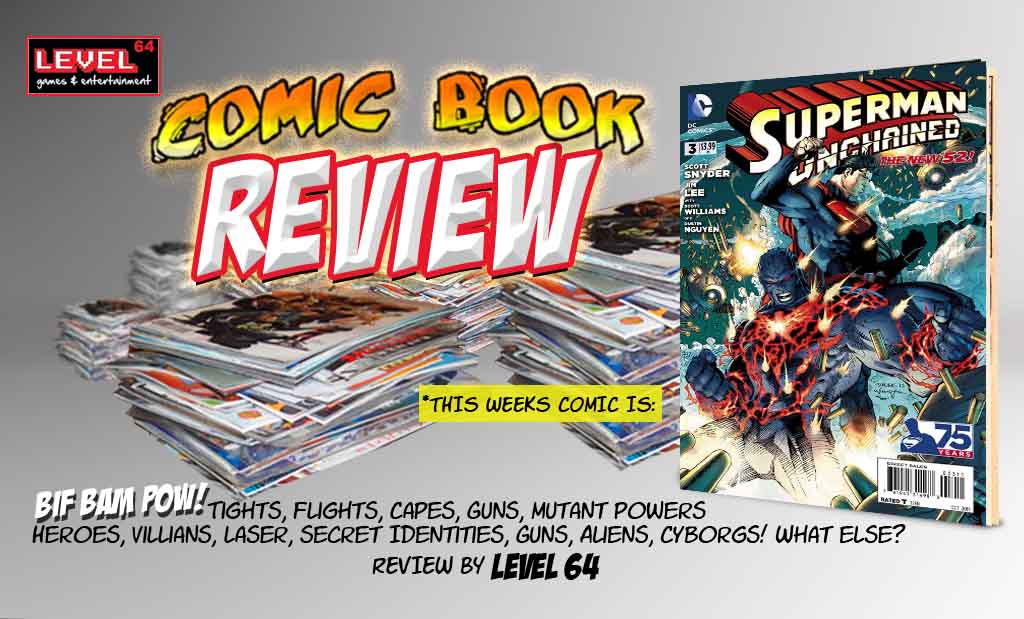 REVIEW: Superman Unchained has to be one of my favorite new comics of the new 52 for two reasons: 1. The variants covers are off the hook for this comic. 2. The beginning story is already really good.

Issue 2 left off with a showdown between Superman and Lois Lane’s father, Sam Lane… Issue 3 picks up right there. Lane unleashed one of his weapons named “WRAITH” who kind of resembles Darkseid. WRAITH has always wanted to fight ALONGSIDE of  Superman not AGAINST him. WRAITH is forced to fight Superman but they soon come to a halt when they find out the hacker group “Ascension” have taken some military droids from the U.S. WRAITH then gets to fight with Superman but then tells Superman he’s going to have to kill him after this fight… it ends with that!  ~by LEVEL64