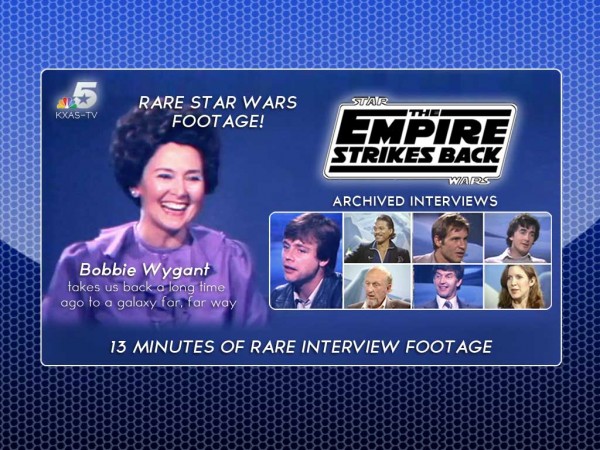 Television reporter Roberta Connolly “Bobbie” Wygant did many celebrity interviews for Dallas/Fort Worth’s NBC T.V. station KXAS-TV. She became recognized for her movie reviews and celebrity interviews. “Bobbie” had 50 year career working for a repected journalist in broadcasting, she finally retired in 1999.

It is very entertaining to see the all too familiar actors we have grown to love, as the young fresh faced stars that they were in 1981. It is also interesting to see how they conducted themselves at that point in their careers and how they spoke about the future projects., especially after the meteoric rise of the Star Wars franchise.

Please for to enjoy the video, I hope you find it as entertaining as I did.  Now, off to watch “Star Wars: The Empire Strikes back”.

SPEAK OUT WITH YOUR GEEK OUT..and May The Force Be With You!

Thank you to Cesar Wiked Narro for bringing this to our attention!