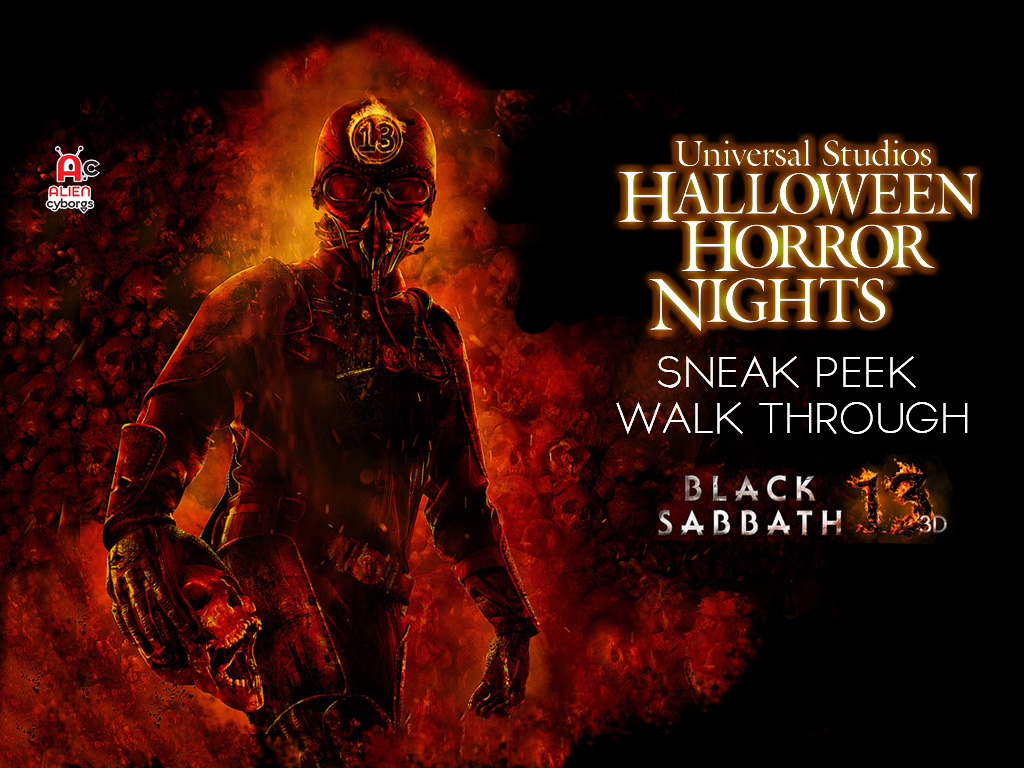 This year Universal brings the unmistakable sounds of the iconic heavy metal band Black Sabbath and couples it with the vision of John Murdy, the creative director of Halloween Horror Nights. There is only one thing to make the mind bending horror maze even scarier…3D!

We didn’t know what to expect when the ushers handed us the paper 3D glasses, but whatever it was we knew it wouldn’t disappoint and we were right! The maze differs a bit from the other mazes in the park due to the bright day glow colors painted through out the maze but dont be fooled it is still scary as hell!

Bright day glow colors isn’t what jumps to mind when I think Black Sabbath, I think black. None the less John Murdy really pulls it off! Just check out the video below!

Head on over to Universal Studios Halloween Horror Nights if you get a chance, it’ll really scare the …HELL out of you.