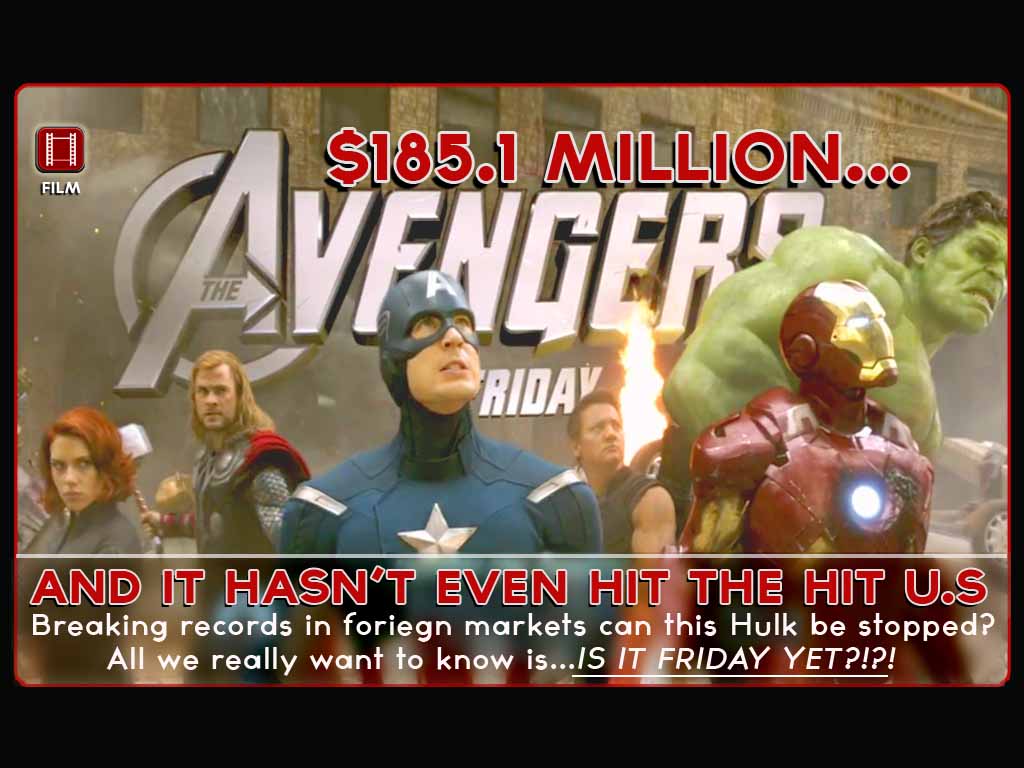 All the numbers aren’t even in yet but as per Disney, it’s reported that The Avengers has opened at #1 in all foreign markets and has already made $185.1 MILLION dollars!

It’s also reported that the Avengers is gobbling up about 60% of all pre-sale movie tickets online this week. This promises to be the BIGGEST Marvel movie to date. As it

stands the movie has “already sold more than all the previous Marvel films combined.” said Deadline.com

THIS HULK CANNOT BE STOPPED!

– In South America and Latin America it has topped the charts and dominated with the highest opening weekend of all time.

– It had the Highest Opening Weekend through out South East Asia.

– The movies has out sold more than other block busters like Alice in Wonderland, Pirates of the Caribbean 4, Iron man 2 and The Dark Knight

ALL that and it hasn’t even opened in Russia, China, Japan or the GOOD OL’ U.S of A!!!

This is one movie that this Geek/Fanboy cannot wait for… IS IT FRIDAY YET!?!?

Check out “THE AVENGER INITIATIVE” from IGN

All Images, Characters, Logos and I.P are property of  Marvel Comics and Walt Disney Studios. AC does not own any rights to them.