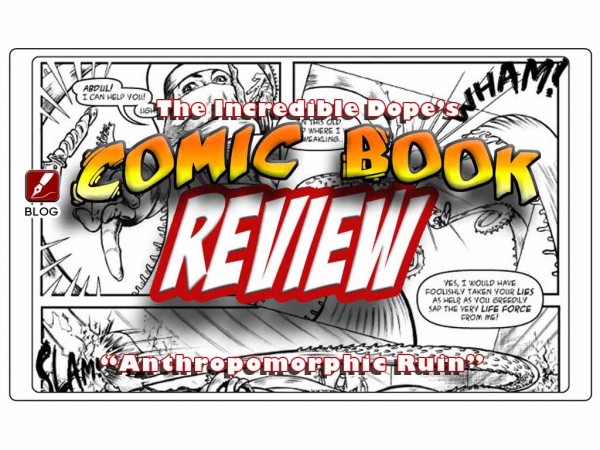 I remember back in the fall of 1986 my grandmother gave me 20 bucks. That whole 20 bucks must have lasted me an entire week, and I believe I bought my very first comic book with it. Peter Porker, the Spectacular Spider Ham…that’s right, mother fucking Spider Ham. And my love affair with the anthropolymorphic began. I never really put together that it was a Marvel book; I had no older siblings to guide me about that joys of X-Men or any of that till I figured that out my own. Then something strange happened and I blame George Lucas for it. I saw Howard the Duck and it set my mind ablaze, like some prepubescent acid trip that only a nine year with an overactive imagination can have (I still to this day have no clue why people hate this movie, like it’s possible to make a good move with talking duck in it). However at the beginning credits I noticed after the umpteenth time of watching it, the text read “based on the Marvel Comic”. Huh? Like Spider Ham? Captain Americat? And my mission began…

Howard the Duck created a duck infatuation my brain. I started collected Uncle Scrooge and Donald Duck for a couple years to coincide with watching the Disney Afternoon at 3pm. But, one day while at a hole in wall comic book shop on Sierra Madre Blvd. out of the corner of my eye I saw it…Howard the Duck #5, and it was proof that I hadn’t been in the midst of a Doritos and Starburst high of my youth.

And that was how I was really introduced into not only Marvel Comics, but comics in general. Eventually, I transitioned out of Disney was once I read the X-Men (Disney was fucking over once I read X-Men), but later I started picking up Uncle Scrooge again to ignite what I thought was missing from my comic reading enjoyment…just a good story well told. Looking back in retrospect, Howard the Duck was a complete mind fuck as a nine year old, but it also molded me into the unique individual I am today.

So lord love a duck… and take a hit!

All Images, Logos, Characters, Trademarks and IPs are property of the Marvel Comics and Walt Disney Studios and are not owned by Aliencyborgs.com