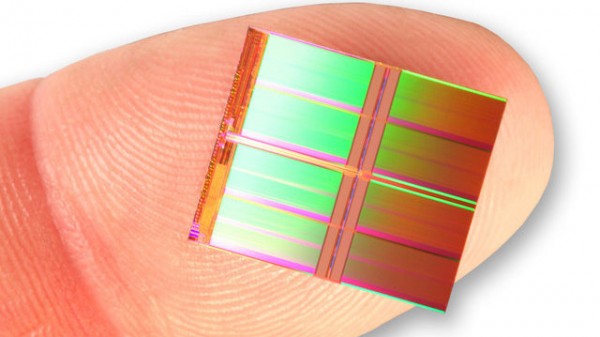 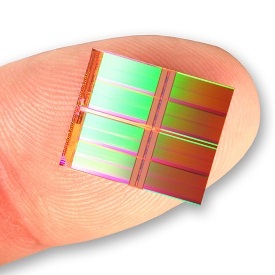 Eight of the new 128GB storage modules can fit into a fingertip-sized package (pictured) that can store up to a terabyte of data, according to Intel and Micron. The two companies said such packages will be used in tablets, smartphones, solid state drives (SSDs), and other high-performance compute devices.